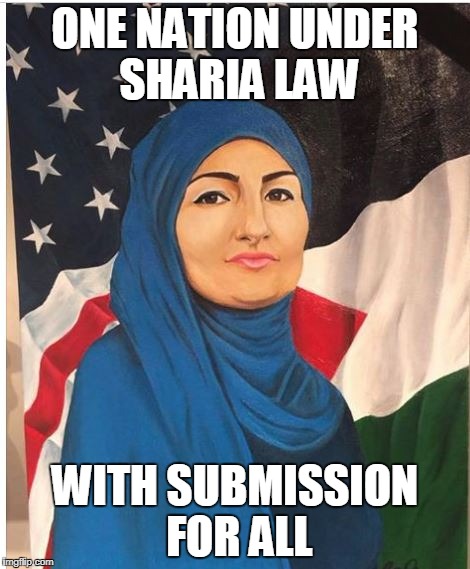 I, Linda Sarsour, attacked Senate Minority Leader Chuck Schumer for being a white male. The dog whistle here is dirty Zionist Jew bastard: "I'm talking to Chuck Schumer. I'm tired of white men negotiating on the backs of people of color and communities like ours," I said, referring to the Democrat negotiating the terms for the Deferred Action for Childhood Arrivals (DACA) policy. "We are not bargaining chips. This is not a poker game. This was at A Day of Action Against Trumps White Supremacy, rally for amnesty for not only the 800,000 illegal aliens protected from deportation under the Obama-era Deferred Action for Childhood Arrivals, or DACA, but all of the estimated 11 million here illegally. This was we can flood the country with Muslims but I couldn't say this of couse so I said This is human lives, and communities and families who deserve to live in these United States of America. Pretty funny non-belivers don't belong on the planet earth, not just the United States. I went on to say "You have a fascist in the highest office of this land who is running ICE, which has always been a rogue agency. But now theyre acting like the Gestapo, bullying and picking people up in the middle of the night; dragging people away in front of schools, coming to the church." By comparing these deportation police to the Gestapo, I am minimizing the power of Gestapo, since it took people to death camps not to their homes.